Software Project Management
Assignment # 02
Spring 2011
Marks: 20
Due Date
Your assignment must be uploaded before or on 2nd May 2011.
Uploading instructions:
Please view the Assignment Submission Process document provided to you by the for uploading assignments.
Rules for Marking:
It should be clear that your assignment will not get any credit if:
·        The assignment is submitted after due date.
·        The submitted assignment file is corrupted.
·        The assignment is copied.
Note:
Your answer must follow the below given specifications. You will be assigned zero marks if you do not follow these instructions.
·         Font style: “Times New Roman”
·         Font color: “Black”
·         Font size: “12”
·         Bold for heading only.
·         Font in Italic is not allowed at all.
·         No formatting or bullets are allowed to use.
Assignment:
Q.NO.1
Suppose you are working on a large scale construction project to construct Motorway from to . What will be the major cost management factors that you will consider and show how you will map them with above mentioned project?
Q.NO.2
Suppose you are developing a system for interrogating protein interaction networks in order to retrieve matches to putative functional modules which is a research oriented system. During development you found that your development team loses focus from their main objectives. State the reasons why development team loses focus from their main objectives?

Software Project Management
Assignment # 02
Idea Solution
Q.NO.1
Suppose you are working on a large scale construction project to construct Motorway from to . What will be the major cost management factors that you will consider and show how you will map them with above mentioned project?
Solution
Key determinants of initial project costs
The fundamental project costs are based on the actual cost of the land, materials, equipment and labor in the region where the project is being procured. These basic costs will vary depending upon a number of factors which are discussed below.
The Project Specification
The specification defines the physical attributes of a project. With a road, for example, given levels of forecast traffic will lead to specification of the required length, depth and width of the road pavement, the material to be used for surfacing, the number of lanes, bridges and junctions etc.
Generally, the more detailed the specification and the larger the project, the more expensive it will be.
Location
Location affects project costing via institutional factors and through geographical realities. Institutional factors can affect initial project cost estimates in a number of ways.. In geographical terms, construction and material costs, land costs and design standards vary widely across the EU because of the varying distances from suppliers, climate and weather conditions, and general market conditions. Even within a country, variations will exist depending on whether a project is being implemented in a peripheral or central area, or in an urban or rural context. Generally, the more remote a project is, the more expensive it will be because of the cost of transporting construction materials and equipment to the site. In an urban location, land costs are usually much higher.
Form of Procurement/Contract
The form of procurement and contract used by the project sponsor can alter the estimated cost of a project. Cost savings may be made by means of lump sum contracts although these are usually marginal in relation to the total project costs. DBFO contracts, which seek to transfer most of the risk of cost over-run from project sponsor to contractor, may in some circumstances yield savings.
Site Characteristics
A site can be affected by soil and drainage conditions and access restrictions which can affect the original cost estimates. The amount of excavation, piling and foundation activities required are particularly affected by poor ground conditions. Where there is uncertainty about ground conditions, accurate project costing cannot be achieved unless a soil survey is undertaken. This may require the sinking of boreholes to obtain soil samples at different levels beneath the surface.
New Build or Improvements
Generally, the construction of new infrastructure is more expensive than improvements to existing infrastructure, or the refurbishment of buildings. This is primarily because the “non-building” costs such as land purchase, foundations, services provision etc. do not have to be included when simply upgrading existing structures.
Tax Liabilities
An organization will be liable to pay tax on its purchases. Some organizations and types of project are not liable to pay taxes, or else these can be reclaimed. Local government projects and infrastructure for public use are examples. Some public or quasi-public sector companies, voluntary and private sector organizations can be liable and these tax costs can have a significant impact on gross construction costs.
Timescale
Generally, the longer a project takes, the greater the project costs will be. Project timescales are dependent on the specification of a project. Usually, the larger a project is the longer it will take to implement. This is not always the case; if substantial additional resources are used, project implementation can often be accelerated. In some cases, work on a project may take a lot longer than expected because its phasing is dependent upon other, linking projects or public finance programs. A project which involves non-continuous phases is usually more expensive than one undertaken without interruption because of the additional costs involved in re-mobilizing plant and contractors.
Inflation

The longer the expected construction period, the more account will need to be taken of expected inflationary price increases over time. This is particularly important where a public authority’s expenditure program is involved. Initial cost estimates will need to allow for the value that will need to be paid at the time the project actually goes ahead.
Q.NO.2
Suppose you are developing a system for interrogating protein interaction networks in order to retrieve matches to putative functional modules which is a research oriented system. During development you found that your development team loses focus from their main objectives. State the reasons why development team loses focus from their main objectives?
Solution:

Probably the most important and the most difficult to judge characteristic of a well-functioning team is the possession of the focus and vision needed to create an outstanding product. Without this focus, the team cannot execute on the underlying tasks that make up the project.
Improper delegation of task and responsibilities
Many times project managers fail to delegate tasks and responsibilities to the team in such a way that they should fit team members' job descriptions. When team members are asked to work outside their specialization (often as added responsibilities), they not only go through a learning curve but also tend to lose focus on the project objectives. This always results in confusion among the team members and eventually cost and time overruns.

Lack of a Shared, Crisp Vision

The one success factor most experts agree on is the need for a project team to have a clear vision for its project.
The breakdown if there is one may have occurred because the project does not have a crisp vision, the vision has not been well communicated to the team, or the team does not agree with or believe in the vision. Whatever the cause, however, the lack of a shared vision is a fundamental flaw that will prove fatal to the project.
Without a vision for the project, the team will be unable to make difficult feature or bug tradeoffs, will be frustrated by communication problems among members of the team, and will inevitably make decisions that are misdirected because they have no foundation.

Lack of a Customer Focus

Another way to look at the problem of focus is to ask “Who will pay good money for this product?” If the customer is not readily identifiable and is not a key part of the goals and vision for the product, this is another major sign that the product is in trouble.
When difficult decisions arise, make sure that a customer advocate is identified in the group and that person is heard.
The corollary to this is to be sure that you have identified who is not the customer. It is often too easy to say “Anyone would want this,” thereby avoiding giving sufficient thought to who the customer specifically is and is not.
Customers are not homogeneous. Some groups of customers will definitely be outside your market. It’s vital to identify them too.

Focus on the Wrong Things

One trap that is very easy to fall into is the tendency to focus on things that are not directly related to shipping a product. Examples range from the apparently important to the obviously inane, from an inordinate focus on preparing for conferences or project reviews to angst over the color of the T-shirt.
If the team is getting T-shirts for almost completing milestone 2, you should be concerned. If the end goal in sight is not a product for your customers, but a conference for your peers, you should consider some actions to refocus the team.
Certainly some creative extracurricular activities are vital to maintaining team morale, and they can often help to focus the team. But if they seem the persistent focus of the group, if they occupy more than just a small window of time, or if they are the subject of controversy in the group, they are counter-productive.

Email ThisBlogThis!Share to TwitterShare to FacebookShare to Pinterest
Labels: Assignments

<Give Here Your Own Project Title>
Software Requirements Specification
Version 1.0


Revision History
Table of Contents
SRS Document
Scope of Project:
<Write here in detail about the scope of your project>
Functional and non Functional Requirements:
<Write here in detail about the functional and non-functional requirements of your system in separate headings>
Use Case Diagram(s):
<Provide here the use case diagram of your system>
Usage Scenarios:
<Provide here the usage scenarios of all use cases in table format explaining Use Case title, Use Case Id, Actions, Description, Alternative Paths, Pre and Post Conditions, Author, Exceptions. You are supposed to provide a usage scenario for each of use case shown in use case diagram>
at April 21, 2011 No comments: 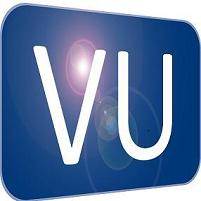